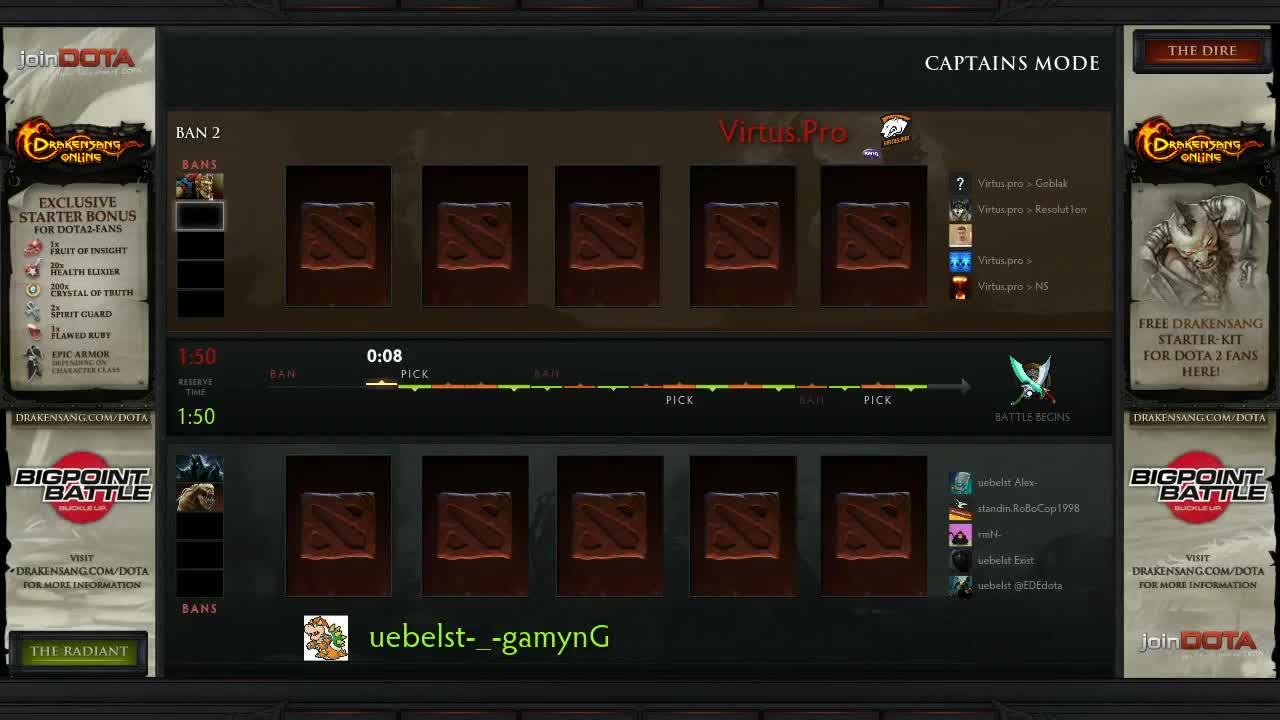 DOTA 2 : VirtusPro vs Uebelst | The Bigpoint Battle
Dota 2 is a free-to-play multiplayer online battle arena (MOBA) video game developed and published by Valve Corporation. The game was released for Microsoft Windows, OS X, and Linux in July 2013, following a Windows-only public beta testing phase that began in 2011, and is the stand-alone sequel to Defense of the Ancients (DotA), a mod for Warcraft III: Reign of Chaos and its expansion pack, The Frozen Throne. Dota 2 is one of the most actively played games on Steam, with maximum peaks of over a million concurrent players.